Past Forward: The Robert Simpson House 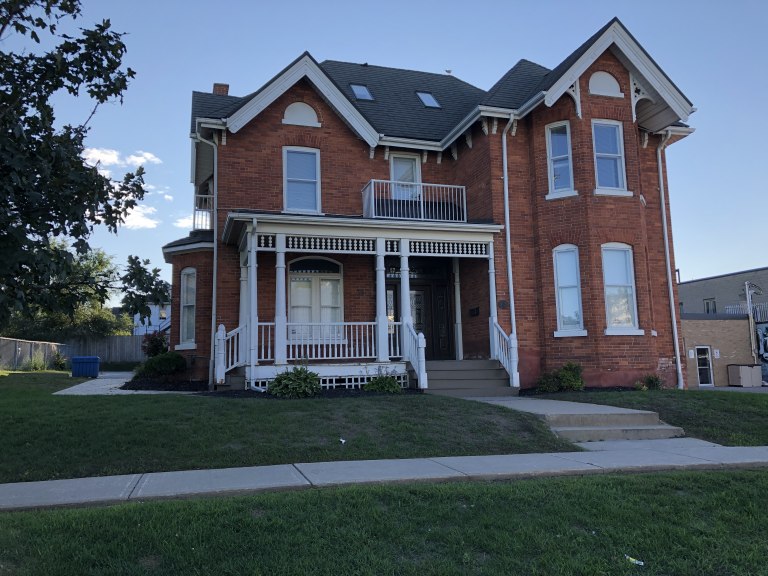 The name should be recognizable to students of local history and beer drinkers alike.

This home at 30 Mary Street was built about 1874 for Robert Simpson, the first Mayor of Barrie… and a brewer.

Simpson appears to have had a long relationship with the brewing business. In 1836, he bought a store, tavern and brewery located in the village of Kempenfeldt (sometimes referred to as Mann’s Point) from William Mann, who went on to open a book store in Barrie. Simpson also had a brewery across the bay in Tollendal before relocating to Barrie.

Even though Barrie was in the centre of a grain growing area, all the mills were located outside of town. Simpson was one of a group charged by Council in 1859, to look into steam powered grist and woolen mills for Barrie. The initiative was successful as the Barrie Milling Company and Wilkinson’s Mill would demonstrate.

But Simpson is likely best known for the Simcoe Brewery on Mary Street. By the end of the 1800’s Simpson’s Amber Ale was among the best known beers in Canada. His business was taken over by the Anderton’s about 1900.

The Robert Simpson home, also known as ‘Dutton House’ still stands at 30 Mary Street and is on the Municipal Heritage Register for it’s historic and architectural significance.