Back Stage Pass a Blast from the Past 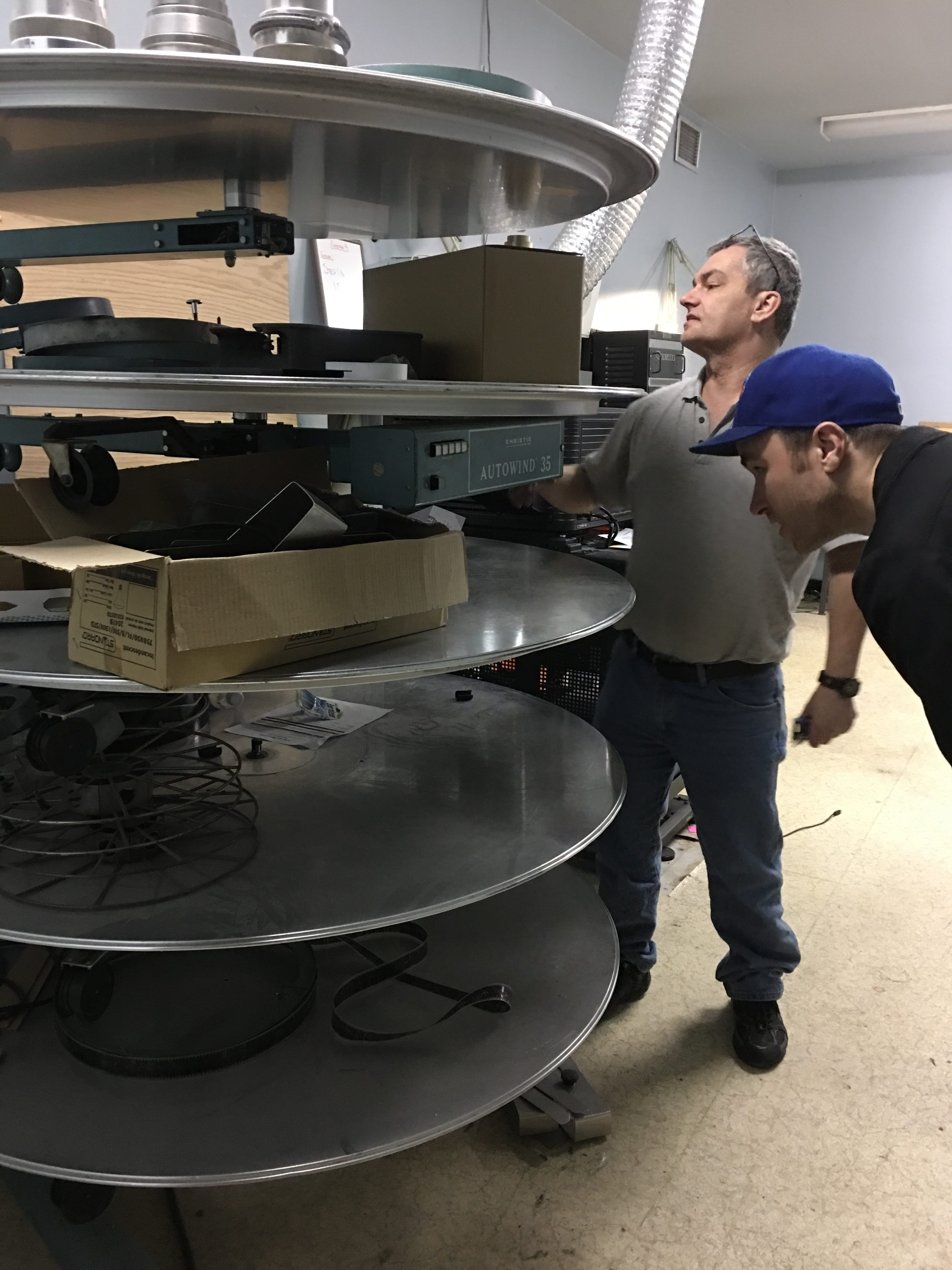 Test, test and test again is how you de-risk an event so everything will run smoothly … and that’s just what we were doing in preparation for our Barrie on the Big Screen night when we were treated to some nostalgic moments at the Uptown Theatre.

Since the doors first opened in 1937, this now trendy indie theatre has had a long history and is best remembered as the Granada and the Imperial Theatre. Besides helping us with our technical set up, Uptown Manager Mike Forrest was also a willing tour guide, showing us some of the remaining features of the old Granada theatre. 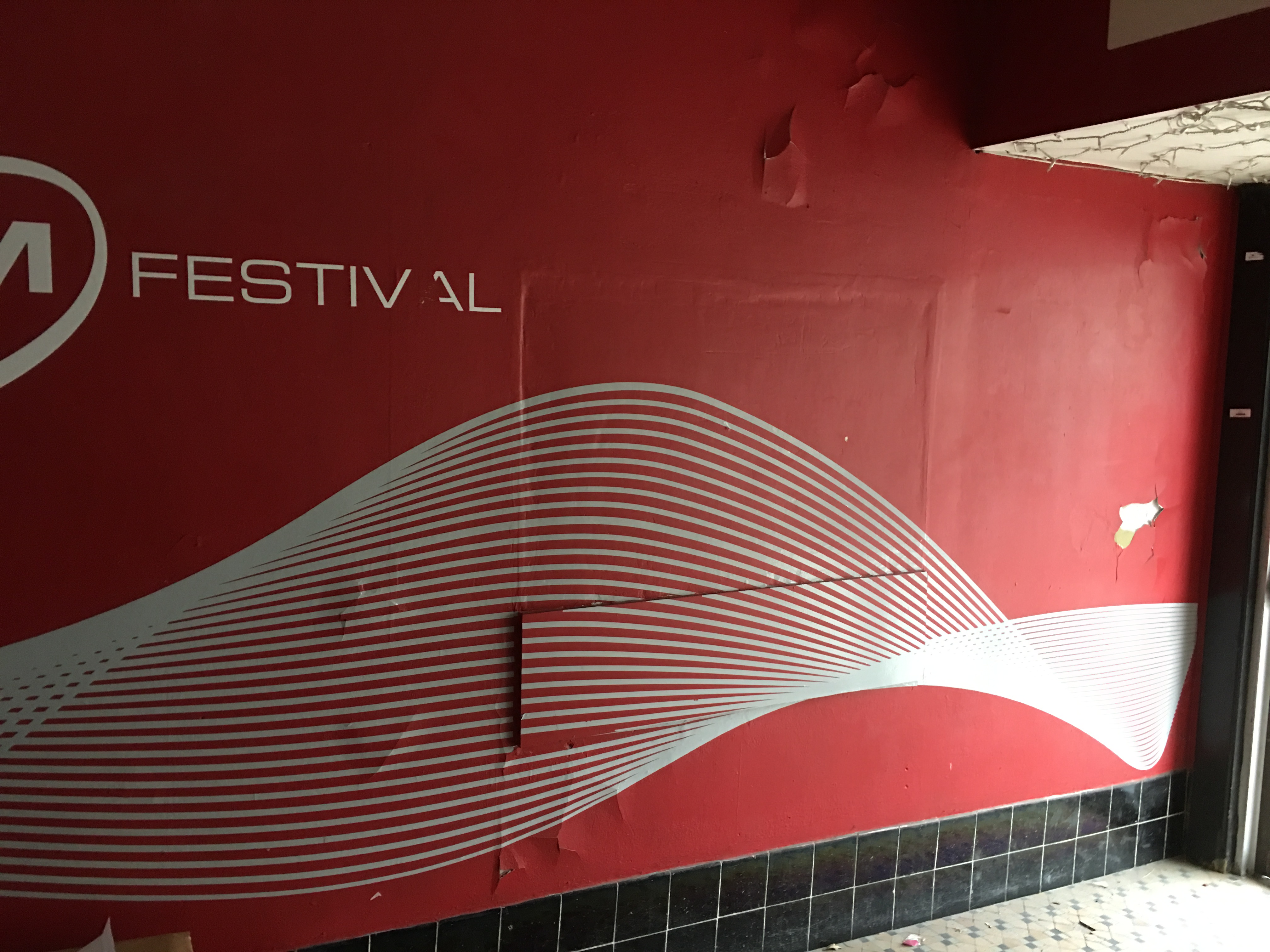 If you look carefully next time you exit through the original doors to the east of the current entrance, you can see traces of what was once the box office of the theatre. On the other side of that wall, a door reveals the box office interior … mostly still untouched and intact.

Climbing the stairs to the upper theatre, we visit the projection booth and the machine
that replaced the current projector on display in the lobby. The red walls and movie photos remind of us of the early days of the Imperial as a multi-screen theatre. Legend has it that the owner wanted to sell the theatre but not to the competition across the street (who ended up buying it through a third party) and that was the event that triggered the expansion west into the Imperial 8. Behind a set of double 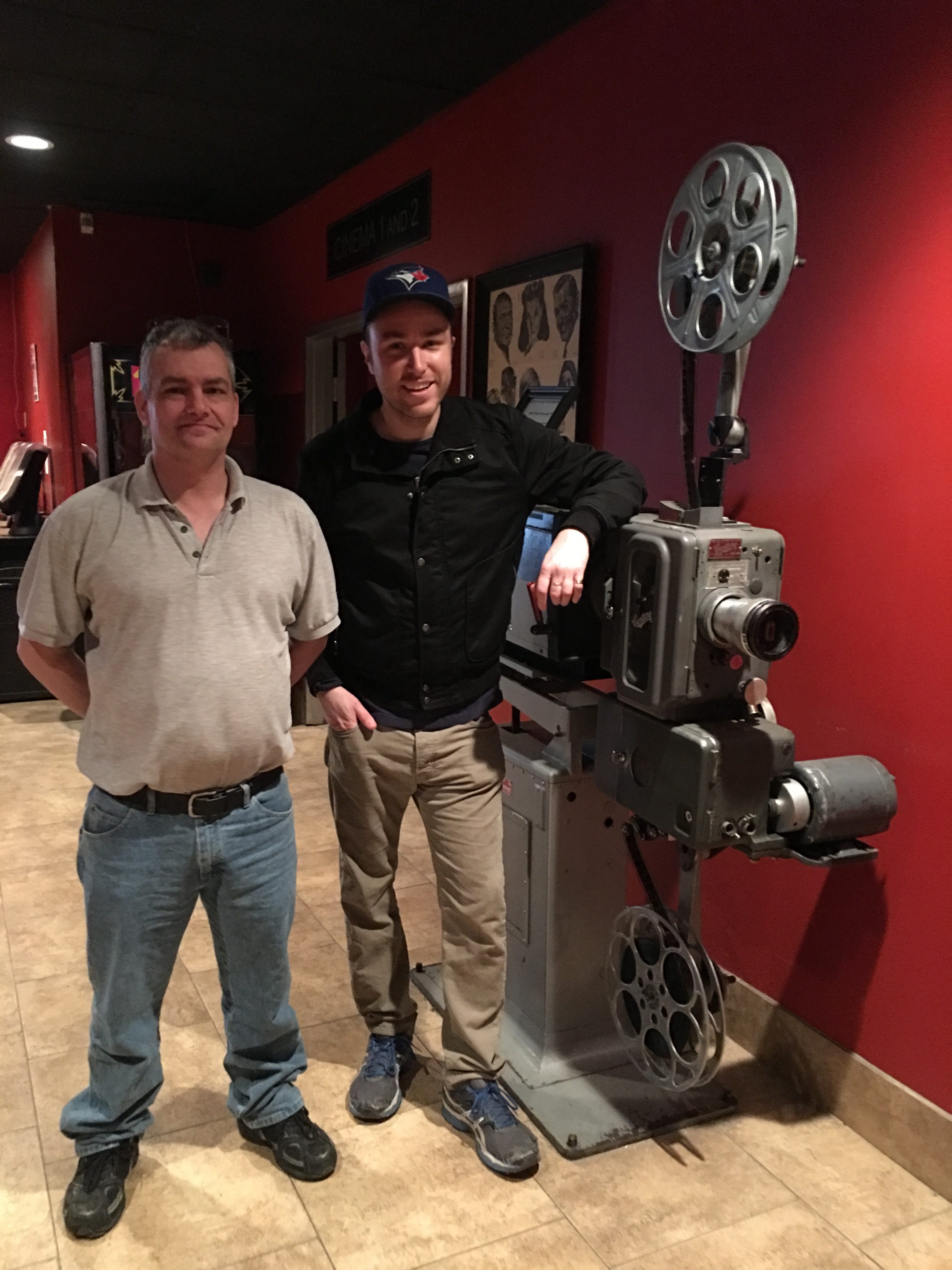 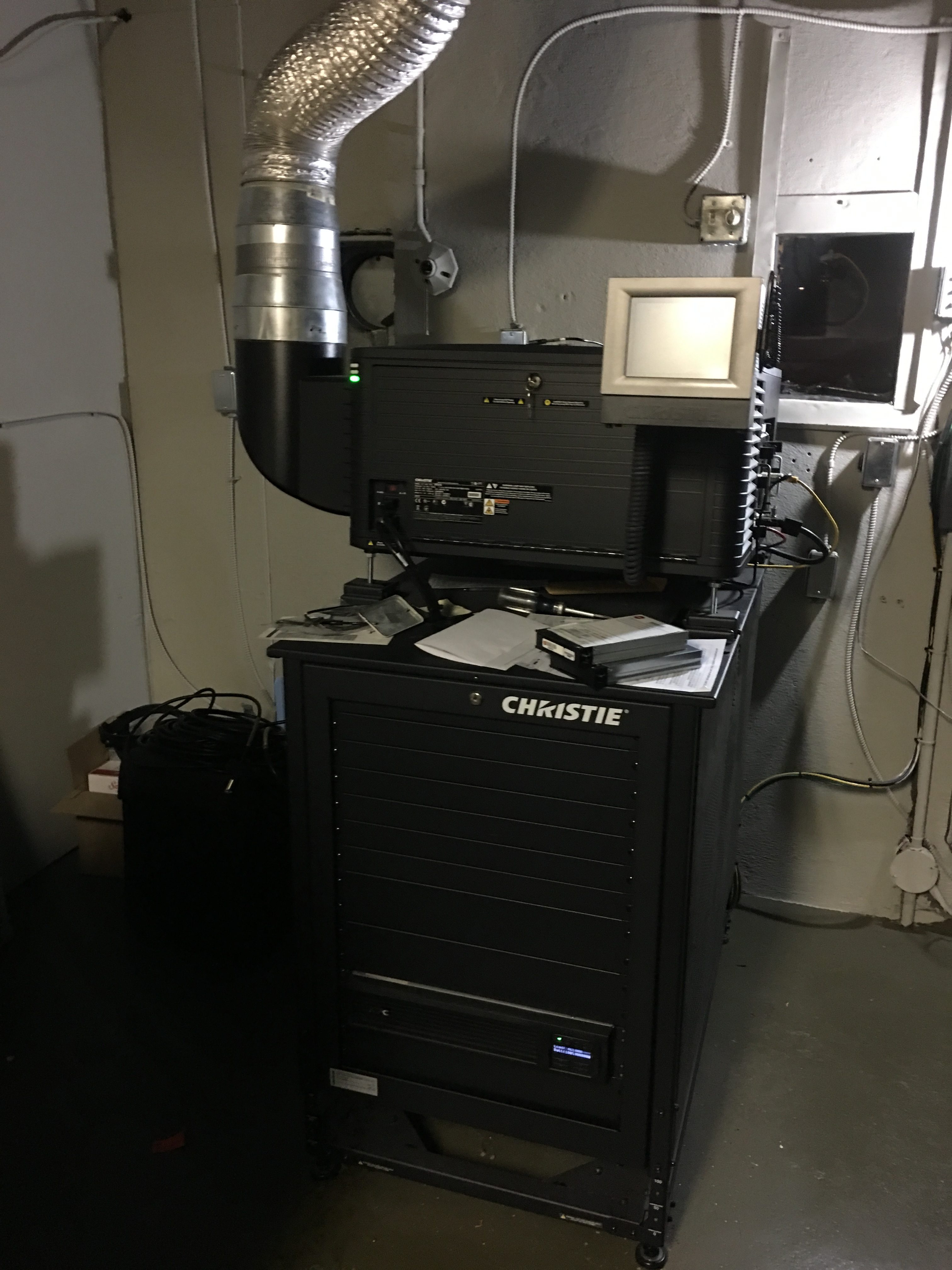 doors, those cinemas and all the glorious movie-going memories, still exist.

The Barrie Historical Archive is thrilled to host their first (but not last!) Big Screen event at this charming and historic theatre. At our debut event on April 5, 2017, we screened 4 featurettes, including a rare 50 year old film, ‘ Barrie: City by the Bay’ , that is believed to be the earliest surviving footage from CKVR TV. 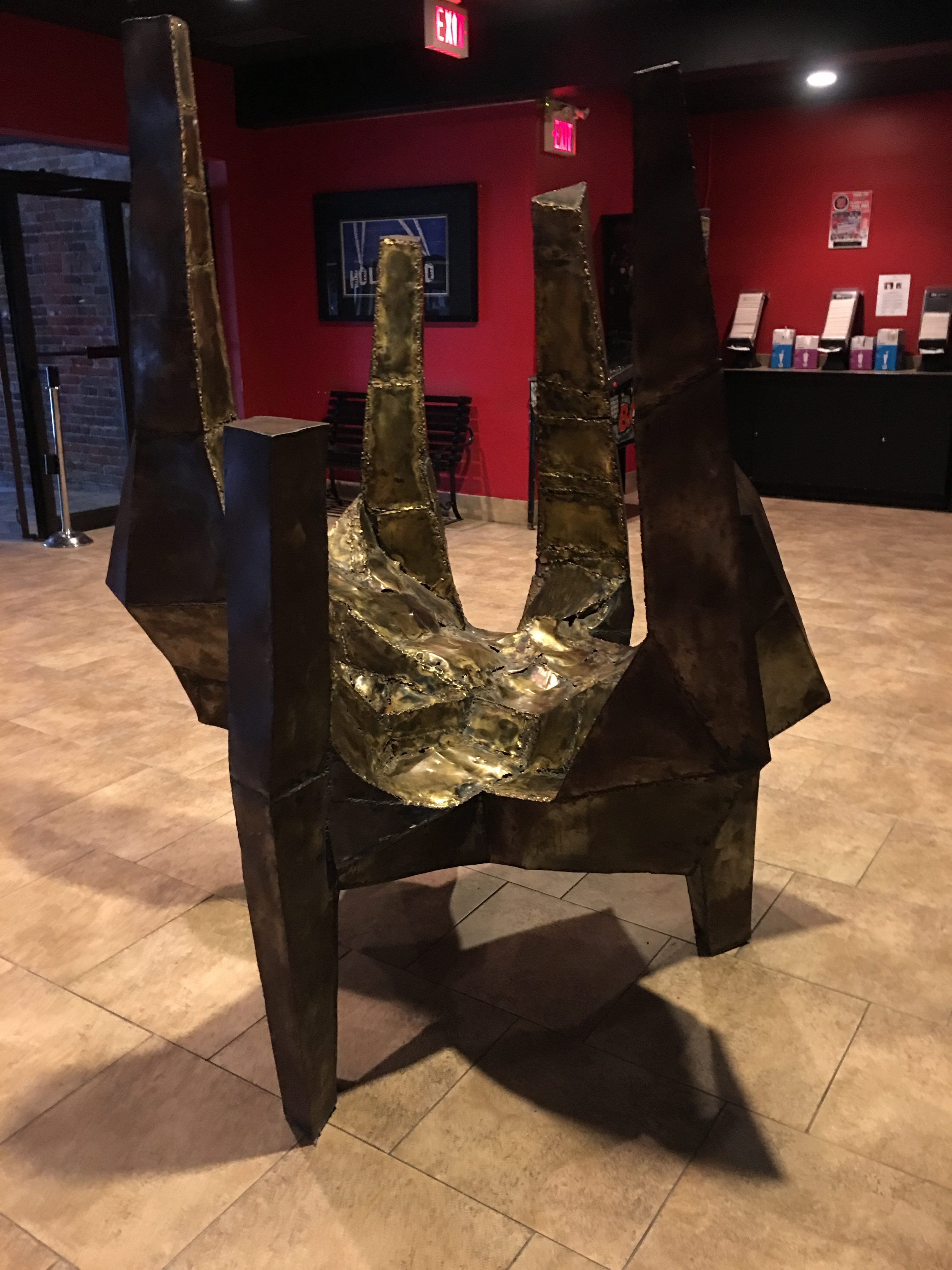 The Barrie Historical Archive will be presenting the next Big Screen event on May 31st – Tornado Tales, featuring dramatic footage from first-on-the-scene responders and first-hand accounts of that devastating day in Barrie, May 31st 1985. Registration for this event will be available early May. 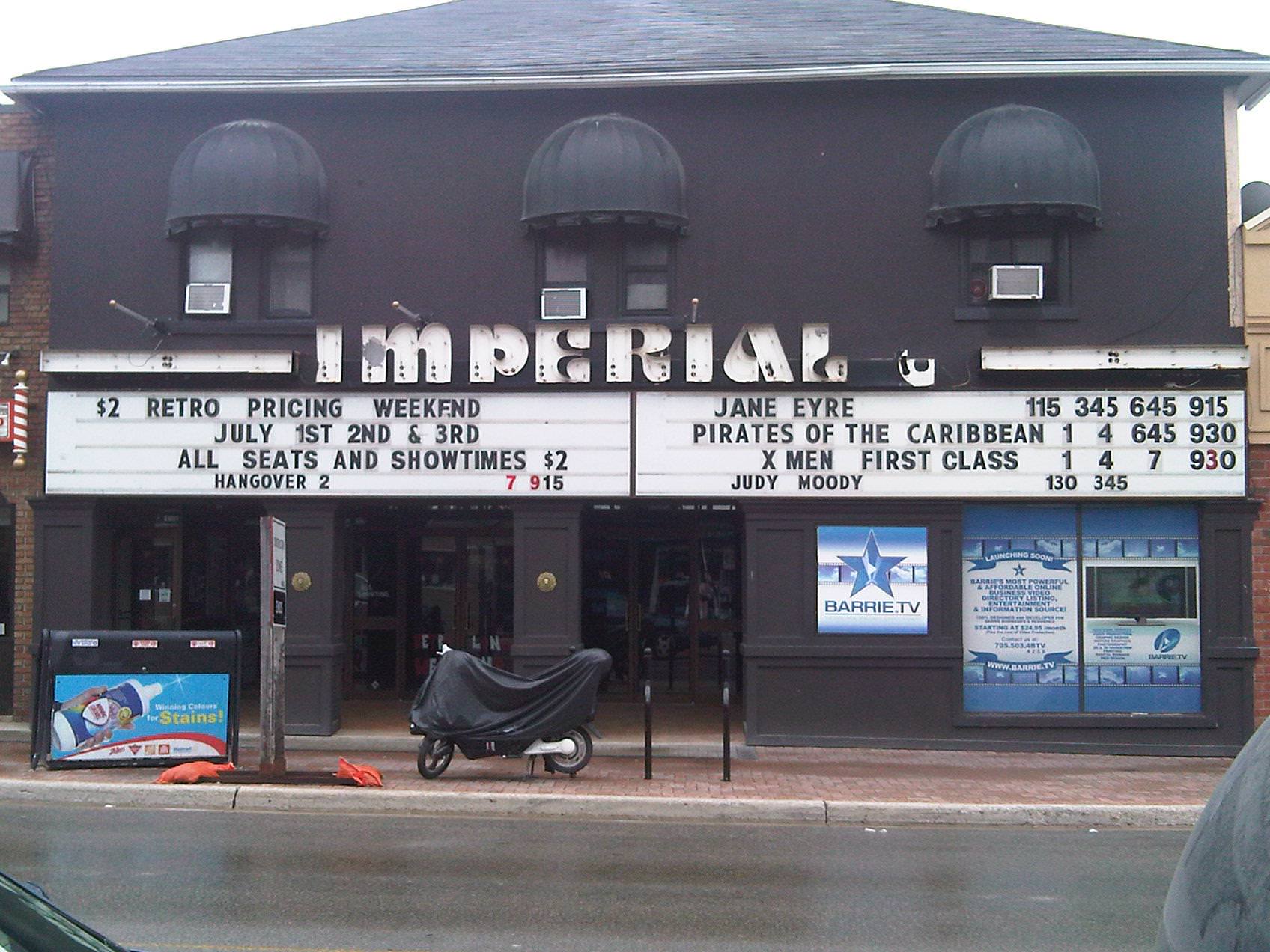