I wrote this review just a few months ago, as a salute to one of the time-tested eateries of Barrie that were still soldiering on. Sadly, for fans of the Crock & Block, this piece now seems like more of eulogy.  The Crock closed their doors this week for the last time.

“They’re lined up out the door. Move faster!” These are words that no line cook wants to hear, not me anyway, on a busy Saturday night when you are already working as fast as you can, but we would quite often hear these words from the kitchen manager of the Crock & Block when I worked there. It was always very busy. That was just over 30 years ago, and “the Crock” appears to be holding its own against the many other restaurants that have appeared nearby in the intervening years. 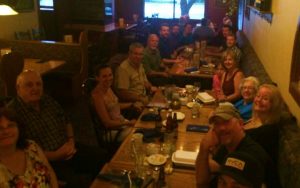 There always existed a high standard of customer service and staff was expected to come through for the customer no matter what. I remember a crazy night when I was manning the boiler which was covered with all manner of expensive steaks, each being cooked to specific degrees of doneness, when the broiler went on fire. I expected to be taken off the station or perhaps see someone run over with a fire extinguisher, but no – a supervisor came and pulled out the burning tray from under the grill and put in on the tile floor. I continued to cook standing pretty much in the flames! No one in the dining room went without their perfectly done steak that night.

One day, I walked to work just after a tremendous thunderstorm had passed. The power was out but I arrived for my 5:00 p.m. shift nonetheless. Most of the staff was huddled in the manager’s small office, taking turns phoning family members by candlelight. I wasn’t sure what was going on but someone finally said “There was a tornado and the horses from the racetrack are running down the 400!” I was sure that my prankster co-workers were making things up, after all tornadoes don’t happen around here.

The interior of the Crock & Block looks the same as it did decades ago with cozy booths, rustic posts and beams lined with antique copper pots and pickling crocks and stained glass accents. The dinner ware used to be the Blue Willow pattern, my personal favourite, but these seem to be gone now but the royal blue linen napkins remain, as does the ramekin of individually baked bread served to each customer.

I still eat at the Crock & Block now and then, almost always with my parents. These octogenarians live in a rural area outside of Barrie and 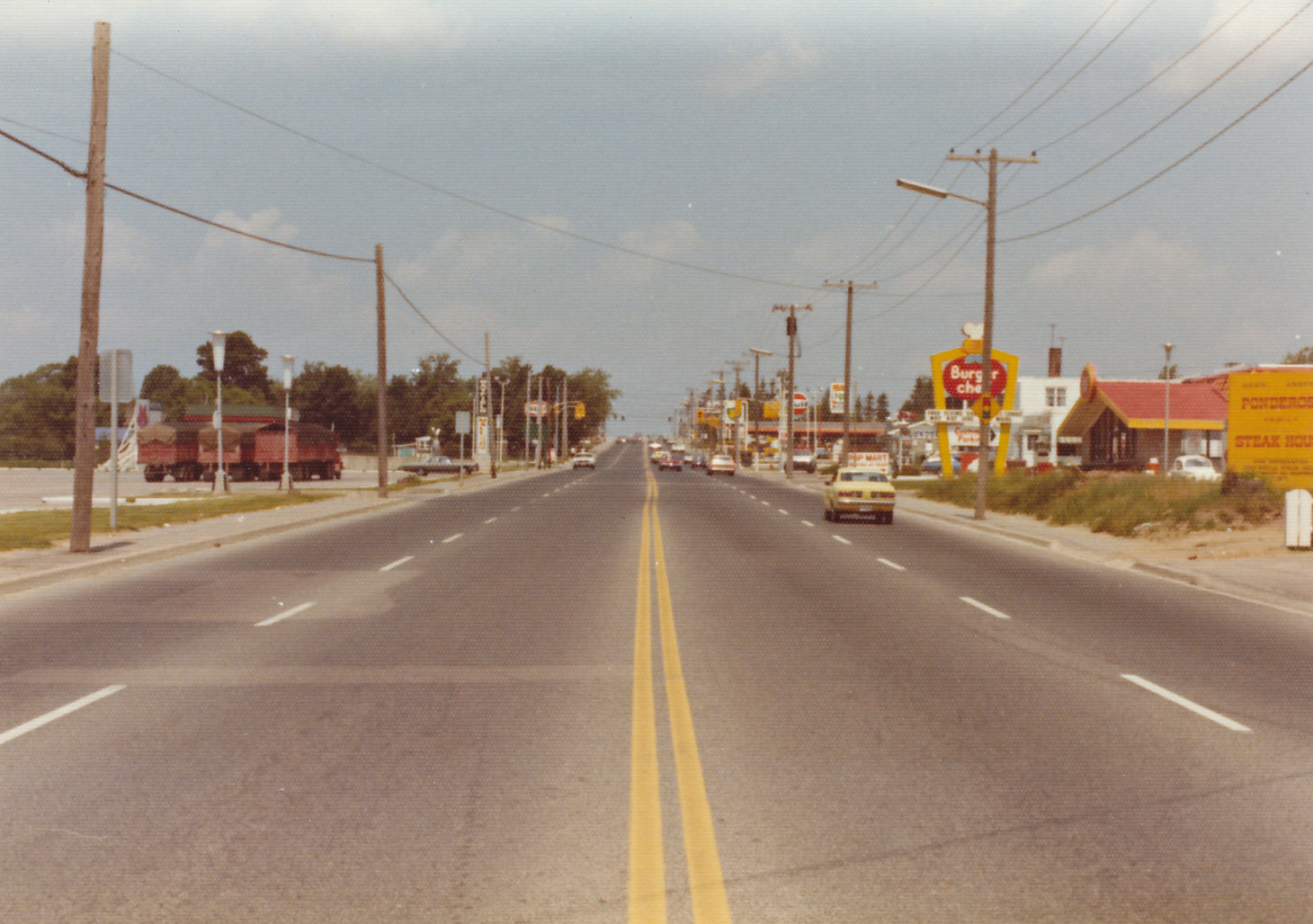 come into town once a week for shopping and usually drop in for lunch. They are treated like rock stars! The servers know them very well and bring their coffees without asking, offer samples of the daily soup to try and inquire about recent medical events. So, whenever there is a special family occasion of any kind, Mum and Dad always, always pick the Crock & Block for dinner.

This week, we have had the great pleasure of hosting two cousins visiting from Scotland. Last night, my father took us all out to the Crock & Block for a great big family dinner. Table for 17 please! Dad was in his absolute glory treating us all to a meal in his favourite place to eat. What a meal it was too – the portions are huge! You never see 3 pieces of fish on a plate of fish and chips anywhere else. Quite a few clam-shell takeout containers were passed around last night, I can tell you.

What did I have? I had the shrimp feast which is 14 golden battered shrimp, to-die-for garlic mashed potatoes and steamed broccoli which was neither hard nor mush (a rare and pleasant surprise in itself) and I could only finish half of it. 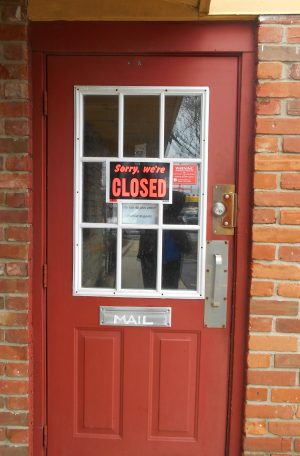 Anyone who is living with the notion that the Crock & Block on Bayfield St. is somehow tired or passé is missing out on something terrific. The front of the building can be deceiving as it has always had a shuttered window look, but inside you will find an extremely comfortable atmosphere with the friendliest of servers. The menu is varied with both casual and more upscale items available, as well as all sorts of craft beers, cider and a good selection of wine.

Opened in 1972, once the location of a place called the Burger Chef, the Crock & Block has seen a lot of change on the Golden Mile. I first recall its neighbours as being Smitty’s Pancake House to the north and Pondersosa (now Red Lobster) to the south. Even the Crock & Block nearly changed at one time as the Keg had decided to buy it but later backed out.

The popular Bayfield Street restaurant closed suddenly on February 19th after more than 40 years in business.