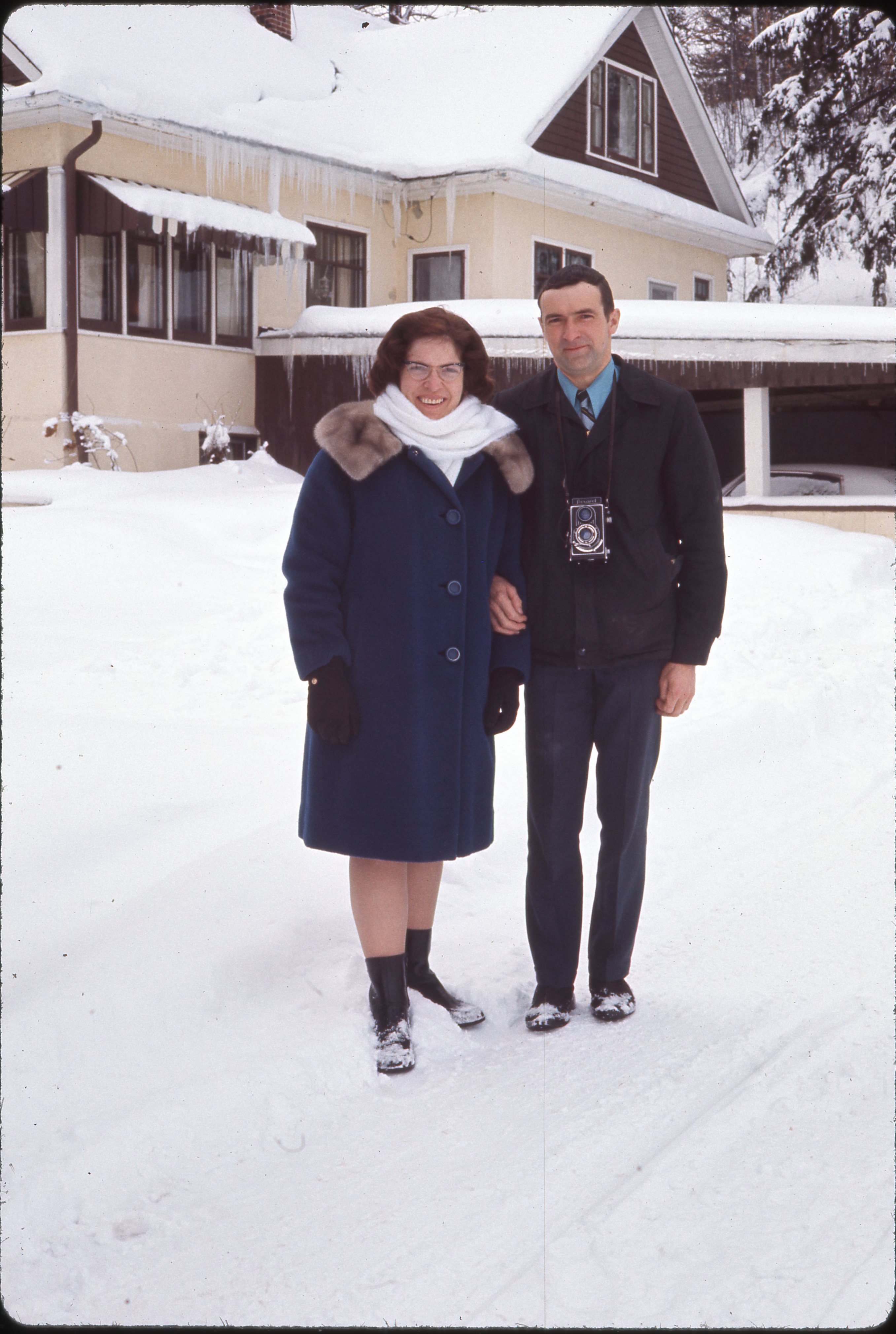 Prior to his passing in April 2016, Brian Baker was a well-known personality within the historical community of Barrie.  With multiple cameras around his neck at any given moment, he was Simcoe County’s unofficial photographer and a regular historical columnist for the Barrie Examiner for decades.

Brian’s late wife, Margaret (Goodfellow) was a well-liked school teacher who begun her carrier at 13A Innisfil aka Huronia Public School before moving to Warnica Public School when it opened in the mid 1960’s.  Together, they were an active force in the community, pouring their lives into students, their church and the community around them.

Following up on a lead given to me by longtime Barrie historian, Val Brucker, I forged a friendship with Brian and Margaret’s only child, James.  As I got to know more about Brian and Margaret through their son James, I quickly regretted not having the opportunity to meet them.  One thing however quickly became apparent – we had struck ‘historical gold’. 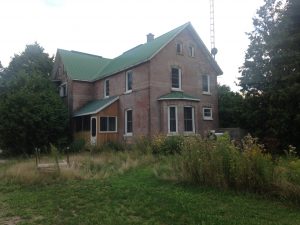 People in the community long knew that Brian Baker was an avid photographer, but it wasn’t until I visited the Baker farm that I realized the extent of photos Brian had taken and preserved through the years.  James, his son would joke with me, “Dad took photographs of every square inch of Simcoe County through the years – if there was a bridge to be repaired or a community event, Dad was there, camera in hand.” 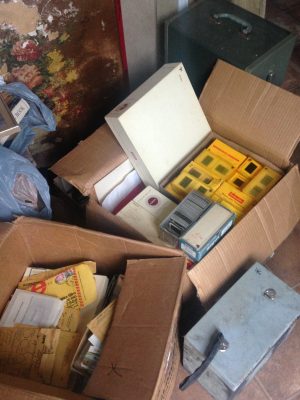 James’ claim proved to be true and over the last number of months the BHA has made multiple trips to the Baker farm to uncover box after box of slides, photographs and negatives.  In many ways it’s been like a treasure hunt.  The Baker’s were archivists themselves holding on to every photograph they ever took – and they took a lot, enough to fill two homes, one garage, one shed and part of an old dairy barn!  In addition to their photographs, Brian’s collection also boasts an impressive array of highway and street signs.

Some of the highlights of Brian and Margaret’s photos include a stunning collection of pictures from the often forgotten Huronia Public School and the interior of the old Painswick and Warnica school buildings.  In addition, there’s a handful of shots of Edgehill Drive where Margaret’s parents lived – long before the apartment building complexes were built.  These, amongst others are priceless images that document a young city, still very much under development

James, a photographer himself is excited to see his father’s art preserved through the efforts of the BHA.  Giving Brian Baker’s work an eternal home on the internet is the least we can do for a man who diligently captured so many memories through the years.

Who knew such treasures could be uncovered at an old dairy farm in Innisfil?

Enjoy a sampling of this collection below but be sure to browse the entire set of stunning aerials and remarkable vintage photographs in the Brian Baker Collection.

About the Author: Travis Doucette