Eye in the Sky…looking at you

He may not be able to “read your mind” as the old Alan Parsons Project hit suggests, but Herman Koeslag, owner of Eye in the Sky Photography is still the leader of aerial photography in Southern Ontario and arguably, much of Canada. That’s why we have been so thrilled to partner with him and his talents to build and enrich the contemporary photography represented in the Barrie Historical Archive.

A born and bred Barrie boy, Herman came into the world with a steel stomach enabling him to withstand cataclysmic turbulence and aerial acrobatics in the skies. That combined with his keen artistic sense and ability to get the perfect shot has made him the envy of aerial photographers across North America.

My interaction with Herman came in early 2016 when we were just building the foundation for the BHA. Having seen Herman’s work in places like City Hall, Bayfield Mall and Barrie By the Bay (just to name a few), I knew I wanted Herman to be a part of what we were doing. 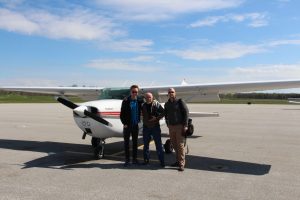 Fast-forward to May and Herman has booked an aerial photo shoot for the BHA. Feeling brave I volunteered to join him alongside our Director of Contemporary Photography, Ryan Rowell. Arriving that morning for the flight, I took the precaution of taking some Gravol to settle my stomach. I typically don’t get airsick but I didn’t want to take any chances. I suppose I didn’t take enough because as fast as we had taken off, we were on our way back to drop me off as I quickly turned green while rocking in the back of the small aircraft.

Although I didn’t get to experience the photo shoot, I did get to enjoy the fruit of it, which is absolutely outstanding. We assigned Herman the task of recreating some aerial shots submitted by Bonny Mondry taken in in the 1940’s over Barrie during the early stages of aerial photography. The ‘before and after’ shots he created are breathtaking and further exemplify the artistic excellence Herman brings to the table with his photography.

Exclusive to the BHA, these before and after shots chronicle nearly a century’s worth of growth and progression from when Barrie’s population was less than a tenth of what it is today.

Not only are these specific comparison shots forever immortalized in the BHA as part of our growing contemporary photography collection, but Herman has graciously allowed for his entire shoot that day to be displayed in the archive. We are incredibly grateful for this generous gesture and would highly encourage anyone with a need for aerial photography to visit Herman’s website and contact him for his one-of-a-kind aerial photography services.

Many of Herman’s images can be licensed for print and reproduction. For more information please visit, eyeinsky.ca. To see the entire collection of what Herman captured for us in May please click here. 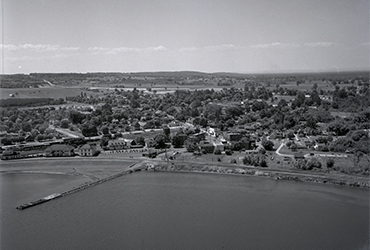 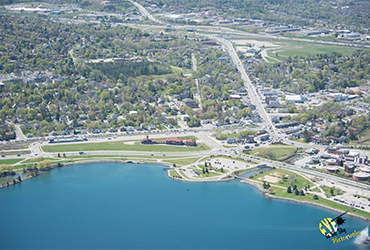 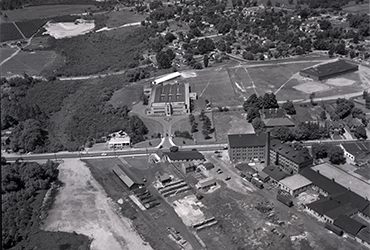 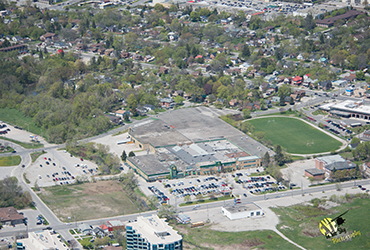 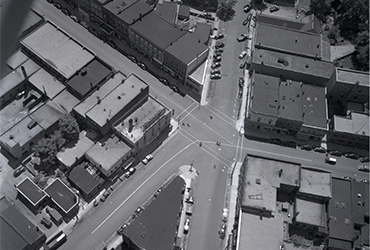 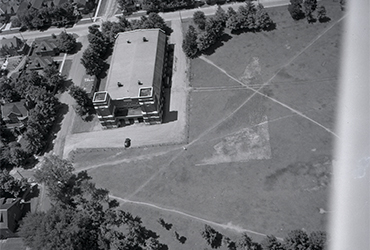 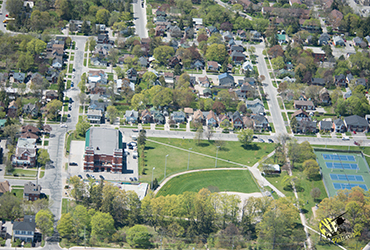 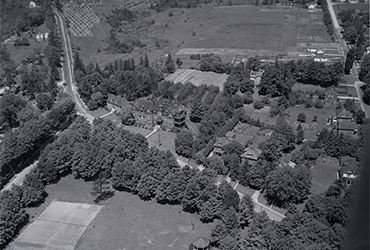 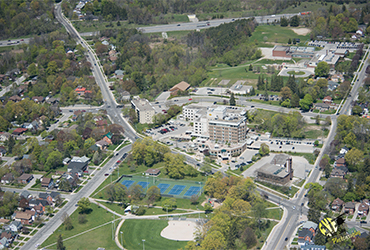 About the Author: Dr. Travis Doucette