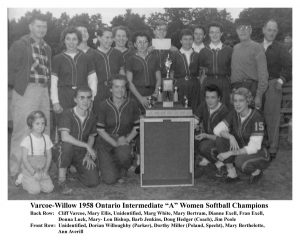 Back in 1968 and now with two children in tow, we bought our first home in Allandale Heights.  The problem was we needed a second mortgage to finance it.  A bigger problem was that we didn’t have any money to pay it off.  I needed a summer job!

That  summer was the first time that we met our Ward 4 Alderman, Dorian Parker.   No, Dorian didn’t lend us any money but she did lend me her husband Fred’s hard hat.  My summer job was digging the footings for the  new Holiday Inn on Fairview Drive and I needed a hard hat.  No-one told me that only supervisors wore white hard hats on the job. 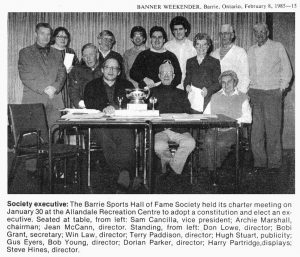 games that featured such teams sponsored by Lakeview Dairy and Church’s Mobile Homes.  The stands would be filled to watch local heros like Corby Adams, Leo Belcourt and  Jim Edwards as they were introduced.

Dorian had played softball and was a very proud member of the Varco-Willow 1958 Ontario Intermediate “A” Women Championship team.   Playing centerfield and then 36 years old, Dorian was selected as the MVP in that tournament.  That competiveness  would serve her well in local politics. 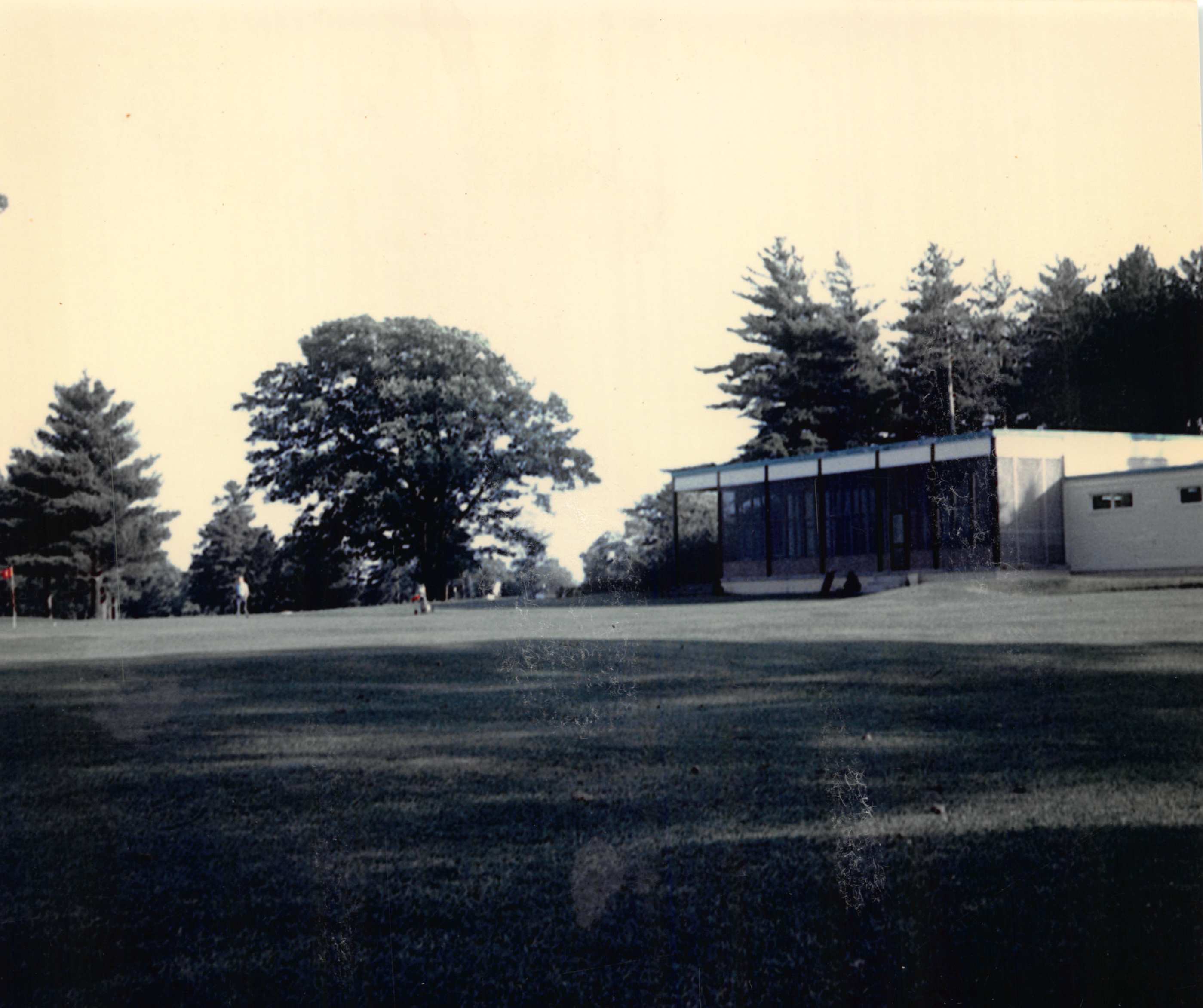 The city plan for the Barrie Country Club’s 9-hole course on Sunnidale Road in 1968 was to sell the property to developers for a large subdivision and a small park.  Dorian had other ideas.  She and Dr. Ted Beaton spearheaded a group that wanted to keep the property as passive parkland.  “Tough and determined, she never took a back seat from anyone,”  noted friend Bill Smith.  Parker was the only alderman that initially opposed the city’s plan. “If it had not been for Dorian Parker, Sunnidale Park would not be here,” observed fellow alderman Jack Garner.

In 1972, Dorian ran for mayor and became Barrie’s second female mayor, the first being Marjorie Hamilton.   She was re-elected in 1974 defeating former mayor Bob Bentley in 1974.  Running for a third term in 1976, Dorian finished third behind the winner Ross Archer.  Not to be deterred, she ran in 1978 as an alderman for Ward 4 and of course she won.

“She was a bulldog for her constituents.  She was shameless in her demands for Ward 4,” wrote Donna Douglas in one of her columns for the Barrie Advance.  I wish I could have read Donna’s comments before I decided to run as an alderman in Ward 4 in 1988.  Donna added “She was protective of her ward and knew how to fight” and fight she did.   Winning by 14 votes, Dorian continued to represent Ward 4 until  her retirement in 1994.

Moving from her home on Marcus Street in  Allandale, Dorian spent her final years in an apartment in the IOOF complex on Baldwin Lane.  There, as feisty as ever, she  led a campaign to oppose a city plan to build a water reservoir and pumping station in Sunnidale Park.

I would visit Dorian from time to time.  We never discussed politics.  We talked about baseball.